Rules to Live by

So, what is your go/no-go criteria? What is "too" windy? When is the ceiling too low? What should I do if I have a bird strike? 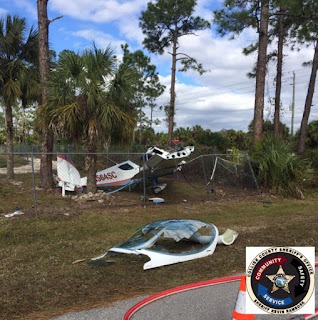 I spoke with one of the pilots involved in the accident and he provided insight as to what occurred. There was a bird strike at 2,500' on the underside of the engine, there were no feathers and only one of the pilots saw the bird,  but the thump was heard and felt by both. Loss of fuel pressure and engine was out within 1.5 minutes of impact. He states that immediately upon the engine going out they both went into automatic mode, relying on their emergency training and not panicking at all. Radio set to 121.5, emergency declared to ATC, transponder set to 7700, adjusting belts to a tighter feel, unlocking the canopy as they were coming in for landing on the road. The road they had chosen had power lines running parallel to the road.....the ONE unexpected surprise was when they both realized there was a power line running across the road. That's the last he recalls as next thing he remembers was being tumbled around after hitting a stop sign, fence and finally resting in the trees. He is grateful that they hit a few things on the way down as each impact deflected energy.

The parachute lines, that are visible in the picture, are not from a deployment but actually from the separation of the front part (firewall forward) of the SC.

As of today, he is still hobbling around as his ankles are still swollen and the body aching from the impact. As for the other pilot, he's still in the hospital sedated and on a respirator. A bleed was identified at the scene and the doctors are trying to control said bleed and reducing the swelling of the brain.

Another local accident occurred over the holiday break, 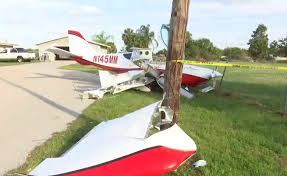 "I was walking toward my yard, and I heard what sounded like someone kicking over a garbage can," said Mary Ellen Race.

She said the plane clipped a tree, then come to rest at the corner of Papaya Drive and Sailfish Court. Race and her husband immediately checked on the pilot to see if he was OK.

"The pilot was still sitting in the plane, I went over and asked him are you hurt anywhere, do you have any chest pains, he said no I have great harnesses, I'm not hurt at all," said Ralph Race.

Race says the pilot told them the plane lost power and he tried to glide the aircraft into the Punta Gorda Airport, which is a mile from the neighborhood.

No one else was on the Piper Sport series plane, and no one on the ground was hurt.

And finally, tragically another LSA crashed nearby. 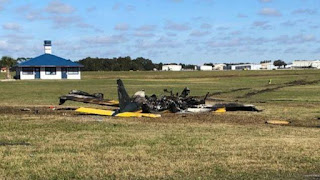 According to Lakeland Police reports, Gary Alan Mansell, 64, of 3316 Ranchdale Drive, Plant City, was doing touch-and-go landings at the airport at 10:12 a.m. when his plane took a hard left and crashed into the ground, bursting into flames.

The investigations are still being completed. It can happen to you so be prepared. Training could make a difference.

Reference: Oil Pressure
Posted by Pilot at 2:56 PM No comments: 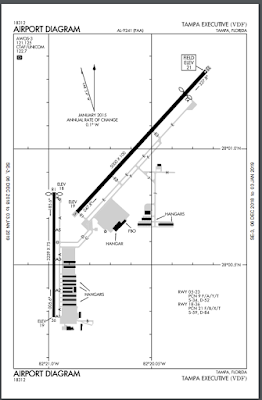 There was a scheduling error. I was at the airport but the student wasn't. There was fuel in the tanks, VFR weather and my time was already allocated. So why not?

The winds were 080 at 8 gusting to 10, so I decided to try Plant City which has an east/west runway. 10 minutes away in smooth air, I entered on a 45 for RWY10. I was the only plane in the pattern. The winds were picking up with some pretty good chop on final. I don't get to do many landings myself anymore so it was good practice. The second landing was a very nice "roll on".

I departed to the north to do a system check of all the avionics. The autopilot coupled nicely to the GPS as I wandered up to Tampa North. I flew over the outlet mall and noted lots of new construction. The traffic is already a problem up there, adding more stores and restaurants isn't going to make the situation any better. Progress.

I came back to Tampa Exec for a few more landings. Reported winds were now 090 at 12 gusting 15. My landing on RWY 5 was good so I taxied over to RWY36 for some challenging crosswind practice. There was already a Cessna 172 working there and soon a Mooney came over to join the gaggle.

This a "pilot controlled" (Uncontrolled) airport. As you look at the diagram you can see a potential conflict with crossing traffic. The base leg of  RWY5 overlays the departure leg of RWY36. In addition, the police base of operations for helicopters is located at the south end of RWY36.

My first full flap landing was fine. I planted her pretty well (intentionally) in the gusty 15+kt crosswind. (POH max recommended crosswind component.) I decided to do a no flap landing next. I called my downwind as #2 behind the Cessna. I went a little deeper than normal to give the other airplane plenty of time to clear the runway. (Usually, I start my turn after the other guy passes behind my wing. This time I added a few seconds.) I added about 10kts to my normal speed for the no-flap configuration and an additional 5kts for the gusty wind. The Cessna cleared the runway as I turned final. I was screaming in way too hot. Go around. I announced my intentions just as another Cessna using RWY5 announced his turn to base. I was lower than he was as I was just taking off, he was in his final stage of approach to landing.

As I announced my downwind a helicopter announced a 5 mile final for RWY36. By the time I turned base the helicopter was at 3 miles. I spotted it and we were both at the same altitude.

I made another "roll on" (Two in one day!) and was off at the first exit. A great exercise that convinced me I should fly solo more often.


BTW, don't rely on the other pilot to obey §91.113. We avoided any potential conflict by seeing and communicating with each other.

Dual flight training minimum in any aircraft at least 20 hrs including: 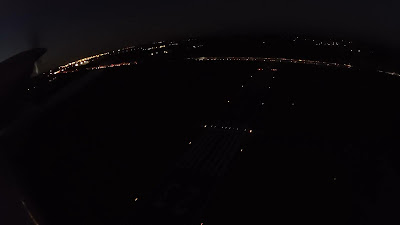 I chose Fort Myers, Page Field because of the distance (89nm) and the complexity of the airspace. The student would need to contact Tampa Departure, get handed over to Miami Center, do the transition to Fort Myers Approach and finally switch to Page Tower and Ground Control. Couple that with changing squawk codes and altimeter settings would be a great exercise in the dark. Plus, its a beautiful trip down Florida's western peninsula.

We departed about 6:00pm (L) from KVDF, the AOPA flight planner said it would take about 45 minutes down (about 55 minutes back). Weather was perfect with clear crisp air (14°C). We briefly leveled off at 2500' to stay below the Class B, then climbed to our cruising altitude of 3500' for the remainder of the flight. Higher is better when flying at night. It gives just a little more time to handle any emergency. We switched to Fort Myers Approach just past Punta Gorda and was soon asked to descend below 2500' to stay clear of the Class C. We leveled at 1800' and searched for the runway environment.

I always start with the green and white beacon. The city lights make the runway lights difficult to spot but once I see that beacon I can usually orient myself. Tower cleared us to land on RWY5.

Although I learned this mnemonic to help me with IFR flights, it is still very relevant for VFR, especially when working with Ground Control at busy airports.

After landing at Fort Myers we contacted Ground Control to taxi back for takeoff on RWY5. I asked him to request Flight Following for our trip back to Tampa Executive. After a few minutes, he called and said he "had the numbers" when I was ready to copy.

We check the engine instruments then switched to Tower. It was a beautiful night to fly.


SUMMARY: We are adopting a new airworthiness directive (AD) for certain Ameri-King Corporation emergency locator transmitters (ELTs) as installed on various aircraft. This AD was prompted by multiple reports of ELT failure and a report of noncompliance to quality standards and manufacturer processes related to Ameri-King Corporation ELTs. This AD requires repetitive inspections of the ELT for discrepancies; repetitive checks, tests, and verifications, as applicable, to ensure the ELT is functioning; and corrective actions if necessary. This AD also allows for optional replacement of affected ELTs and, for certain aircraft, optional removal of affected ELTs. We are issuing this AD to address the unsafe condition on these products.

My Ameri-King ELT needed new batteries.  The 4 D cell batteries are $109 (for all four) and the remote battery cost $9. Any other battery that is not FAA approved is not allowed per the manuals. You can not simply use any lithium D cell battery. It was time to go shopping for a new ELT.

Without an LOA, I had no choice but to go with the Kannad Compact ELT.

I hired CERTUS to do the installation. The removal and replacement of the actual ELT was straightforward as just a few bolts hold it down. The complicated part was installing the new remote switch in the instrument panel. The connectors were supplied but a three strand shielded wire had to be soldered to very tiny pins. Finally, the new cable had to be routed from the box behind the seat to the switch on the panel.