The POH for Sally doesn't have a lot of information on performance. It provides data "that has been computed from actual flight tests in good conditions using average piloting techniques."

Since aircraft engines combine air and fuel in their pursuit of power, air with lower density leads to less power. Airfoils also use air pressure for lift, so wings and propellers don’t work as well with air that is less dense. The result is that as temperature and altitude increase, performance decreases—sometimes at an alarming rate. Density altitude accounts for these factors and establishes a theoretical altitude at which the airplane performs. A Rule of Thumb is to increase takeoff distance 100' for every 1000' of density altitude. (It might be a good idea to listen to the ENTIRE ATIS/AWOS report.)  Have you heard of a Koch Chart?

The Start of the Journey

I sat in the FBO waiting for my next student to arrive. Sally was out on the ramp as a King Air taxied in and parked right next to her. After the passengers deplaned the pilots came out to do a walk around, each taking their own side. After checking the port outboard wing, the pilot looked over at Sally and did a walk around her. Ramp appeal. 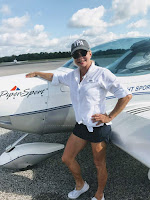 They come from different backgrounds and experiences. Usually, they have some aviation knowledge. I have to guard myself against boring them with too much basic information. For some, this is the first time in a small General Aviation airplane. "Small" was considered to be the twin-engine commuter they took on one leg of a long commercial flight. They have never flown RC models as kids or watched "Twelve O'clock High" on TV. I have to guard against throwing too many acronyms or make assumptions when using common terminology.

Last month I got a call from Ira. He is on a mission to fly as many different aircraft types as possible and wanted to know if I could help him. I said sure and asked if he had a C R U Z in his logbook. He said no, so I boasted that it would go to the top of his list. He paused for just an instant and explained that he had flown a P51. OK. So I explained that we would call it a Discovery Flight and it would cost $50. "...and how much to rent the plane?" he asked. I said no charge, that it was my way to entice people to get into General Aviation. "Should I charge more?" I asked. "Not until after you've flown with me," he said.

He was a "snowbird" and the wet weather continued until it was time for him to travel back north. Maybe next season. 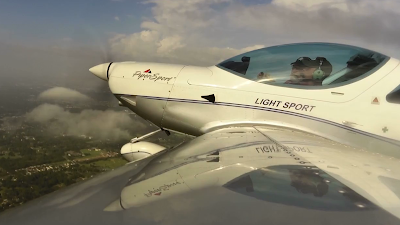 Alberto: a subtropical system that spawned in the Gulf of Mexico and traveled north staying about 100 miles off the Tampa coast. Winds reached about 65 mph. Not much of an event except for one thing: RAIN. The eastern side of this system sucked warm moist air from the gulf and deposited rain all across the Florida peninsula. It must have triggered a weather pattern. We were grounded for 3 solid weeks. Lakeland reported the wettest month of May in history. 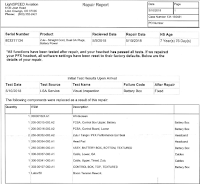 While waiting I decided to have some maintenance done on my LightSpeed Zulu headset. I like this headset but after 7 years it was starting to show age. I learned that for a very reasonable fee the company would refurbish the unit. If I had a Zulu 2 they would upgrade to a Zulu 3, but mine was older than that so I just got it reconditioned. GREAT! customer service, I would advise anyone to get this done.

I got a call from a prospective client about starting his training for his Sport Pilot Certificate. We waited for the weather to change. When I checked the maps yesterday it was marginal. Foggy mist in the early morning followed by a 60% chance of strong convective rain and thunderstorms in the afternoon. But there was a gap, a small possibility of mid-morning fair weather that might work. I asked him to meet me at the FBO at 9:00am EDT.

I did a thorough preflight on Sally the day before, noting that she could use a good cleaning. Mechanically she was sound, cosmetically she had killed a lot of lovebugs on the previous flight and needed the remains to be cleaned off the leading surfaces. She would go "as is". I burped her again for this flight and sumped the fuel. Next, I pulled her out of the hangar and attached the cameras. I enjoyed the brief taxi over to the FBO. Bruce was waiting for me.

We discussed what a Discovery Flight is, what he should expect and some basic instructions for the flight. I told him just a bit about Sally as we walked to the airplane, then instructed him how to get in and adjust the straps. I adjusted the rudder pedals and made sure he was comfortable before I got in. I suggested his polarized sunglasses might now work with the LCD displays. After a basic brief, we taxied out to RWY23 for takeoff. 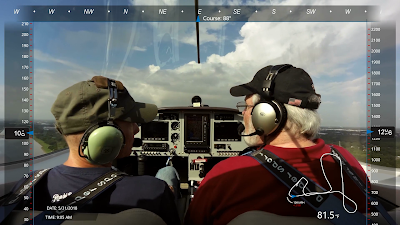 The flight went well. We had to avoid some scud and a few scattered clouds at 1,000ft but the air was smooth. We accomplished what we needed and returned home. We are both ready for the next flight, weather permitting.

June 1st is the start of Hurricane season.