This time I got up before the alarm clock went off. I put a k-cup in the machine then shuffled back to the PC to check on the weather. All green dots in the local area, TAFs said to expect thunderstorms by early afternoon. Time to go.

As I approached the railroad crossing at the head of Dover Road traffic came to a stop. As I looked at MLK Drive that traffic was also stopped. Maybe an accident? So I changed my plan and continued north to SR92. BAM!, more traffic. School has started. I nudged my way into the "congo line" (thanks to the nice lady in the silver minivan) and slowly made my way westward toward the airport. 30 minutes turned into 45 by the time the traffic finally cleared. I'll use alternate routing next time.

A good solid preflight. No leaks, no flats, just a dusty canopy from sitting in the hangar too long. Good run-up, although I had to wait a few minutes for the oil temperature to warm up. (85+F and the engine is running cool. Love it.)

So I get to the hold short line and there are 4 students in the pattern practicing T&Gs, perfectly spaced so that one turns final as another clears the runway. About 30 minutes later there is a break in the action for me to depart. I went over to Plant City which is about 10 miles east. Just one in the pattern there and we each did about 5 landings before departing. 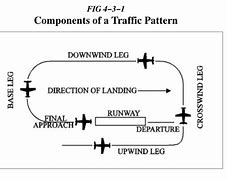 CTAF at home was still very busy. The Traffic Pattern was full and returning traffic was reporting in from all quadrants. I entered the downwind leg from the 45 behind two Cessnas and slowed down accordingly. An Archer reported holding short. So I called back advising him that I would extend my downwind allowing him an interval to depart. I was a little bit nervous that one of the students might have missed my call and turn on base in front of me but that didn't happen. As I turned (a very deep) final the Archer was able to line up and wait and was on the roll as I descended past 500ft.
I landed and was off at the first taxiway causing minimal interruption to the rest of the traffic.