It was mandated. All airplanes flying in controlled airspace* must be equipped with "NextGen" ADSB-out equipment. *the ADS-B mandated airspace defined in 14 CFR 91.225 (above 10kft MSL in Class E or within the boundaries of Class B and Class C airspace) including the 30-mile veil.


Due to the S-LSA restrictions previously discussed, my new mode S transponder with Extended Squitter,  (1090ES), is a Garmin GTX 335. Since the new transponder has the same dimensions as the old, I ASSUMED  it would be a simple "plug and play". Nope. 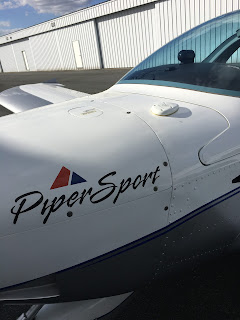 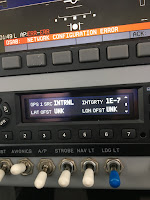 Ready to fly? Nope. It also has to be programmed. This is done by holding the ENTER key while turning the unit on. This brings up a series of configuration menus.  Most are fairly straight forward but some require knowledge greater than mine. Fortunately, there is YouTube, right? That didn't get the job done. Test flights showed that it wasn't working properly (Thank you Tampa Approach for being so patient.) I needed an expert and found Mike. Call Garmin G3X support at 866-854-8433. The last problem was a SIL failure (Source Integrity Level). Mike took me through all of the configuration options and found that I needed to change my "UNK" to IE-7. (Yeah, that doesn't mean anything to me either.)